I received a free copy of this book, with thanks to Diamond Books and Edelweiss, in exchange for an honest opinion. 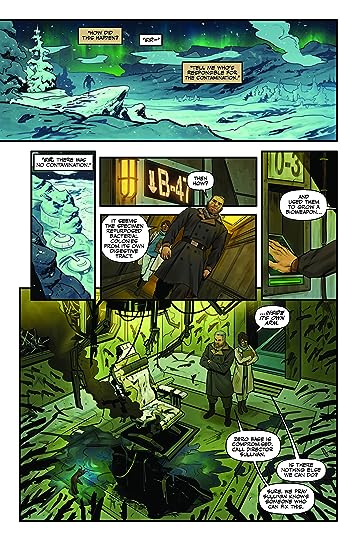 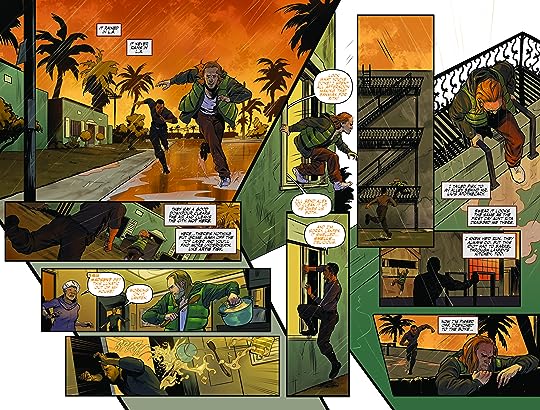 Synopsis:
Ben Madsen is a bounty hunter. Yeah…he knows how that sounds. But Ben likes his job—until the bondsman convinces him to take a bounty he doesn’t want, to get the kind of paycheck he needs. When the big payday turns out to be more than Ben bargained for, he’s swept into an otherworldly conspiracy and dropped into alien city hidden right here on Earth. Good thing he’s the best man for the job—sort of. Hero or fall guy, Ben Madsen will prove one thing during his misadventures: He’s really good at jumping from high places and surviving.

When it comes to money, no one wastes any time, do they?
– Aunt Rita

This was a fantastic graphic novel!

Things I liked about it:

• It has Chinese representation(I’m half-Chinese, so I love when books include authentic representations of it)
• A generous helping of twists
• A wisecracking, efficient central character
• Diverse and Colored people
• My favorite style of illustration and font for graphic novels
• A large world
• The fate of characters is unpredictable. They don’t die left and right as much as Game of Thrones. It’s got a good balance.

Recommended for: readers who like action, adventure, sci-fi and monsters/aliens. Those who like the diversity and grit of The Expanse(tv show) and precarious fate of characters in The 100(tv show).

View all my reviews

Note: Some of you may notice that this is a slight departure from my usual review format, that’s because I’ve decided to simplify my writing process as I was not enjoying the long hours writing up and editing my previous reviews(even though I wish I could keep it! I love providing a thorough review but, alas.)