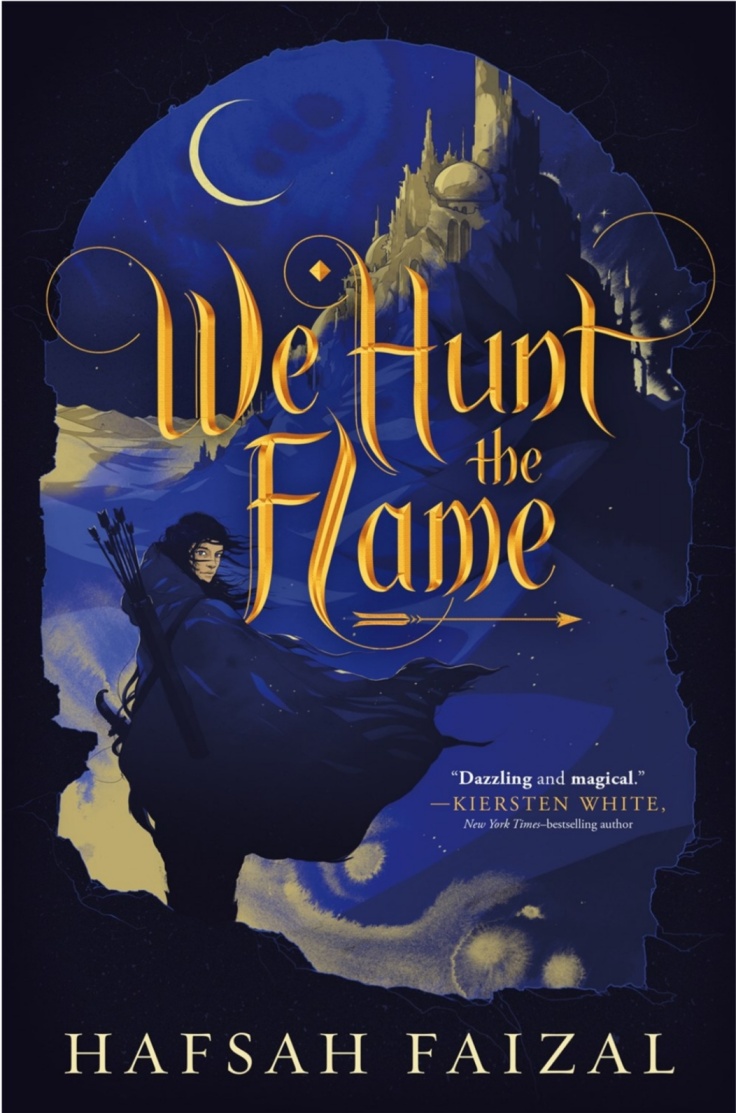 (I voluntarily requested for this book and, thanks to Farrar, Straus and Giroux(Macmillan imprint) and Edelweiss, I was granted an e-copy in return for my honest review. This does not affect my opinions on the book.)

I think everyone who’s given this book 3 stars on Goodreads have already said most of what I want to say.

Mostly, I found this book disappointing but it had some redeeming qualities. I went into WHTF with false assumptions after reading the synopsis and excerpt(that the journey was going to take place inside the Arz/dark forest, but it actually happened on a desert island) and certain expectations(I thought the romance was going to be nuanced and slower and that there was going to be Muslim rep, but that was my fault since it wasn’t specifically stated. But was it my fault I believed in the hype? Maybe.)

There was too much tell, and not a lot of show. The character delving didn’t feel as depthful as it could possibly be. Zafira was a boring person to be with. She was way too solemn but hey, she just went through a lot, right?

There once was a boy with a future. Until all he had left was his past.

Nasir was interesting at first, when we were just getting used to seeing his inner warring with what he’s let himself become and who he wants to be. But this just keeps oscillating but give it enough time and it gets old. At least he started to make some progress towards the end. Their identity reflections was a fun aspect, lending the story more layers.

“Any closer and I’d have to close my eyes,” Altair remarked in a loud whisper.

The side characters, well, they felt alive enough and you might say they’re cliché and all but they were a little more multi-faceted than usual and I liked them all, especially Altair. He’s a lovable guy and not a mere clown to the story.

Now, the romance. God, there was so much physical attraction and not much for their character. Hafsah sure knows how to create sexual tension alright, it makes you blush! But for me to root for them it has to be about the personality and character, not their luscious thighs and taut abs.

The Shadow began to pour, darkness trickling into the cups. The mellowed scent of rich coffee, mixed with cardamom, cloves, saffron, and other spices, permeated the air.

As for the writing style, there’s no doubt, Hafsah Faizal has potential. Her words have a fluid quality, like polished gems and trickling sand. The plot though, is sorely lacking. I thought it was just me and my assumptions that weighed the reading down, and to some extent, it did. The moment I tossed said assumptions my reading experience improved but not long after it dipped once again, and it went back to plodding. Except one or two plot twists, I could guess the others a few pages before it was revealed. I also felt befuddled by events and characters’ reactions/actions half the time, and scrambled to figure out whether the POV was of Nasir’s or Zafira’s.

Sometimes, when you live a life of captivity, trapped for so long, freedom becomes a thing to fear.

She could sometimes make out words of Safaitic, but wasn’t the point of abstract to make one see what they wanted?

The conclusion is, this is not an exceptional story. The exoticness of the setting, arabic terms and sensuality gives many readers the illusion that it’s phenomenal, and it’s totally fine if you like that. If you haven’t read much fantasies or if you want to read one in a different setting than the usual White ones, then go for it. I’m not interested in the sequel but will keep an eye out for her other future works as she has potential, because just like any craft, practice makes better 😃

P. S. Chelsie on Crazy4Books also wrote a good review where she mentioned some things I missed and forgot to mention here.

Recommended for: Readers looking for something different from the usual settings and a bit of a quick romance. Those of you who enjoyed The City of Brass by S. A. Chakraborty(it might be useful to know that I did not enjoy that book either).